Based on the popular comic strip and adapted from the Tony Award-winning Best Musical, with a beloved book and score by Tony Award-winners, Thomas Meehan, Charles Strouse and Martin Charnin, Annie JR.features everyone’s favorite little redhead in her very first adventure. With equal measures of pluck and positivity, little orphan Annie charms everyone's hearts despite a next-to-nothing start in 1930s New York City. Annie is determined to find the parents who abandoned her years ago on the doorstep of an orphanage run by the cruel Miss Hannigan. Annie eventually foils Miss Hannigan's evil machinations, finding a new home and family in billionaire Oliver Warbucks, his personal secretary, Grace Farrell, and a lovable mutt named Sandy.

Featuring some of the greatest musical theatre hits ever written including “Tomorrow”, “Hard Knock Life”, "Maybe", "Never Fully Dressed" and so many more this was so much fun!

​
The direction for such a large cast is no easy thing and Director Jen Frith and Musical Director Kylie Green should be congratulated; the performers were well disciplined and kept the show moving at a good pace. Choreographer Bec Schembri did marvels with such a lot of people on stage.

​The Chorus work was exceptional throughout. Coordination of both voice and movement was the essential backbone of the show. Stage entries and exits were smooth and seamless. Dance/movement routines were simple, effective
and fun. 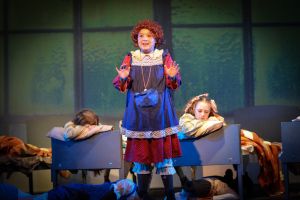 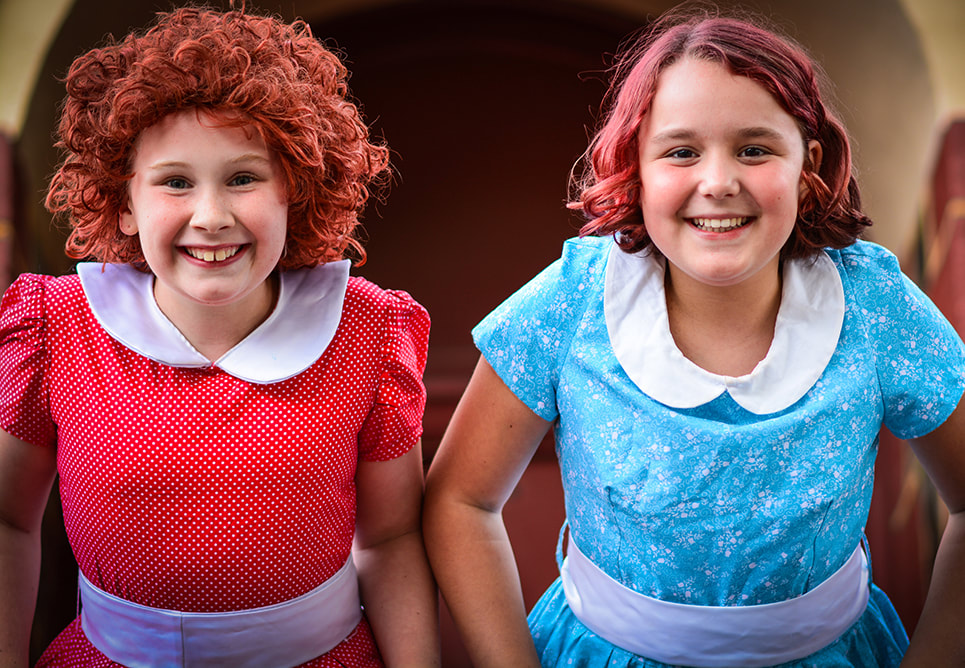